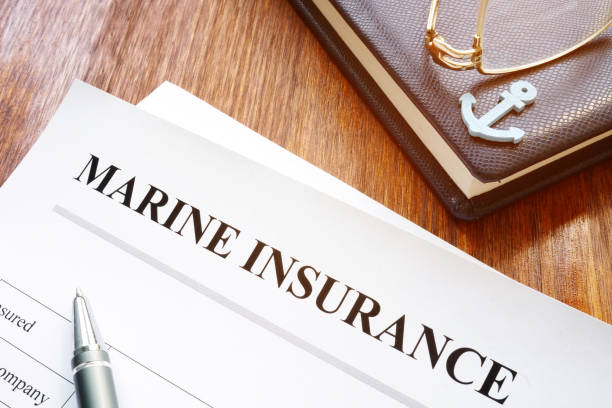 Marine insurance is being followed since ancient times in all types of insurance papers. The risk involved in overseas trade is more as compared to inland trade. In some countries, the sea route is also used for inland trade. Marine insurance is a contract made between the insurer (insurance company) and the insured with a view to obtain protection from future risks, perils and damages related to the ship, cargo and shipmates etc. in trade by sea. The insurer’s consideration in this contract is the premium that the insured pays in exchange for the assurance of indemnity. As the volume of trade done through sea route has increased, the utility of this insurance has increased. Marine insurance comes under the category of general insurance. Which is operated in India by four subsidiary companies of the General Insurance Corporation of India.

According to Section 2 of the Indian Insurance Act – 1938, “Marine insurance business may include all insurance contracts for ships, goods, vessels or other related insurable interests, by which the risks related to the transport of goods are covered.” covered, whether the goods are to be transported by land or water. It also includes such other risks as have been customarily included in marine insurance letters.

According to Arnold, “a marine insurance contract is a A contract under which, in exchange for a certain consideration, one party undertakes to protect the other party from harm against specified perils or perils of the sea, which may befall a merchant vessel in a maritime operation within a specified voyage or a specified period, and any other interests.

In the field of marine insurance, the possible loss and risks to the insurer are included, which can be divided into the following forms –

Marine insurance in the case of the above sentence means that the insurer will not be liable for the damage caused to the insured due to strike, riot or civil commotion.

Procedure for Issuance of Marine Certificate

Ever since the nationalization of general insurance, all marine insurance policies in our country are issued under those conditions and procedures which are decided by the General Insurance Corporation of India. These conditions and procedures are based on international norms but the process of issuing them is different from other countries. The procedure followed at present for issue of Marine Insurance Certificate in India is as follows.

There are many types of insurance policies prevalent for marine insurance. The brief description of these insurance letters is as follows –

Determination of premium in marine insurance

Determination of risk and premium in case of marine insurance is a difficult task. Due to the different nature of the risk, a flat or fixed premium rate cannot be fixed. Unlike life or fire insurance, certified risks cannot be insured in this insurance. In marine insurance, each proposal is unique, hence the risk is assessed in each proposal on the basis of merits. The amount of premium is decided only on the basis of the nature of the risk. In the case of insurance of goods, the intrinsic nature of the commodity, packing, perishable nature, trade practice, weather or adverse conditions, value, quantity, distance etc. are the major factors which decide the premium.

In ship insurance, the ship’s design, suitability, load carrying capacity, technical excellence, safety equipment, qualification and experience of the ship’s staff and captain are made the basis of premium determination. The amount of premium also increases as the insured seeks protection against more perils or calamities. Along with physical, defects in character conduct are also made the basis of premium determination. The risk of the insurer also increases in case of fault in the moral conduct of the ship, port personnel and the insured, hence the rate of premium is also increased accordingly.