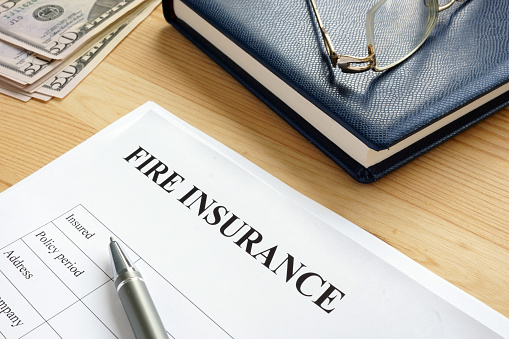 There are two forms of fire. In a way it is a boon for human life. Hence it is worshipped. It is lethal in its destructive form and is always present in the form of risk. Fire insurance is a human effort to get protection against the destructive effects of ‘agni’.

Various preventive and safety measures are adopted to reduce the risk of fire. It is a statutory requirement to have fire protection measures in almost all important buildings. Fire prevention measures are taken care of only in building construction and power supply equipment.

Arrangements are made for immediate notification of fire in industrial establishments and high-rise buildings. In all big cities, vehicles and personnel equipped with equipment are always kept alert for protection against fire. Even after that the possibility of fire always remains. Fire insurance is an excellent human effort to obtain protection against the risk of damage caused by fire in human material assets, crops, livestock, buildings, valuable materials, public utility service establishments and industrial undertakings.

Fire insurance is a measure in which the insurer undertakes to compensate the insured for damage caused by fire to the subject matter of insurance within a specified period of time, in exchange for a premium.

Meaning of fire – In fire insurance, where the insurer is claimed to indemnify for loss due to fire, fire has a special meaning. Agni in this context means a flame that appears suddenly. In fire insurance it has to be proved that the loss has been caused by the flame itself. For this it is necessary to prove two elements –

1. Flame must have appeared in the fire

2. The fire must be accidental.

The important thing is that the damage done should not be repaired without the flame coming out. The insurer is not liable for damages in case of damage caused by heat or humidity in the warehouse or room, sun heat, electrical blockage, chemical impact, explosion, lightning or willful fire.

While insuring for fire protection, the insurer should assess the risks and hazards associated with the insurance offered. On the basis of these perils, the insurer decides whether the insurance offer is acceptable or not and the premium to be charged for it. The term ‘hazard’ includes all factors that increase the risk. The greater the extent of the risk, the proportionately the risk. These crises can be divided into two categories. physical and moral. The quantum of risk and the rate of premium can be determined by evaluating both the categories of risks.

There is a certain process to protect the insured property from fire by the insured person or institution, it can be understood in the following order –

Settlement and Payment of Claims