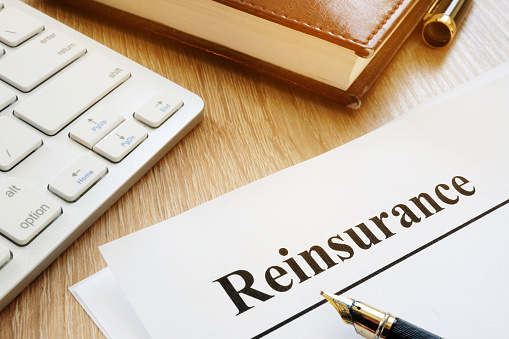 The statement “Insurance is a medium of investment as well as protection” raises a question in the mind of the insured (insured) whether profit can be earned by insuring the same subject matter more than once? Also, “Acceptance of risk proposal depends on the willingness of the insurance company” This statement creates a doubt in the mind of the insured that if the proposal with high risk is rejected by the insurance company then how will the insured get protection against such risks? Can these highly risky propositions not be insured? We can get answers to all these questions from the study of this chapter on “Double Insurance and Reinsurance”.

Indemnity Insurance – The principles of indemnity and contribution are fully applicable in both fire and marine insurance. That’s why we can get the same subject matter insured from different insurance companies, but in case of damage, the same amount will be received from all the companies as per the actual damage. The insured has the facility to get the amount from all those insurers as per the principle of contribution or from any one company. Later, the paying company will get the amount of damage in proportion to the amount of insurance from the remaining insurance companies.

Reinsurance is an arrangement by which an original insurer, which has insured a risk, gets a part of the same risk re-insured by another insurer. So that his liability is reduced, that is, in this, the insured property is re-insured by two or more insurance companies for the same risk.

1. Advantage of the Insurer – According to Dinsdale “Where the amount of one or more risks of a single peril is so great as to be beyond the limits of an insurer to bear, reinsurance becomes necessary.” Reinsurance gives the following benefits to the insurer – Original insurer gets protection He feels more secure by sharing his risk with others. By reinsurance many insurers resell the risks they insure. and lump together a large number of risks. What is the uncertainty of the risks in this? The capacity of the insurer to insure increases. Many small companies can also easily insure big risks. Heavy risks like earthquake, flood, storm etc. can be mitigated by insuring future risks through reinsurance. In case of bankruptcy of an insurer, an alternative to his business can be found by getting the remaining insurance business re-insured. Uneconomic competition among insurers can also be prevented by this. Reinsurance increases the profits of the company. For new insurers who have low risk appetite, reinsurance can prove to be a boon for them.

2. Benefits to the Insured – Although there is no direct relationship between the insured and the reinsurer in the case of reinsurance because it is a mutual agreement between the insurers, yet the insured gets the following benefits from this arrangement – The insured becomes more secure. He gets the confidence of two insurers on the same policy. One can get compensation on account of reinsurance even if the insurer is insolvent. The insured does not have to go round many insurers to get insured against a big risk. Insuring heavy and devastating risks becomes easy. The insurer greedily insures more risk which does not affect the insured.