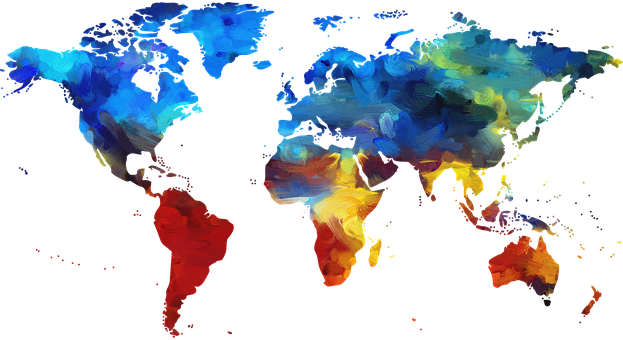 Today, economic self-reliance is increasing rapidly in the world. Countries, markets, firms, customers, technology, production systems, etc. of the world are coming closer to each other. The economic boundaries and national circles of countries are breaking down. All countries have opened their doors to each other for progress and the whole world has reduced to a “global village”. With the effect of globalization, today the entire human community has become a unified world market. We have become a part of the global village and live in such a ‘global economy’. Where no organization is isolated from foreign markets and competition.

• Meaning :- Globalization means the internationalization of business activities, especially marketing related activities, in which the whole world market is seen as a single area by breaking the trade boundaries of the country by creating mutual interdependence between the markets. .

According to N. Vaghul “the term globalization refers to the rapid expansion of the market sector, which has a worldwide reach. link to the economy.

According to Shrikant Sonam- “Globalization refers to any economy that connects with the world economy”,

According to Stoner and others – “Globalization refers to a new perspective or trend towards relations with individuals in other countries. It reflects the unprecedented scope, nature, number and complexity of business relationships operating across international borders.

According to Thomas Mathew, “Globalization is such a process of change, which occurs due to the growth of cross-border activities and the spread of information technology and which helps in communication at the global level.

According to Prof. Madhu Dandvate “Globalization means the integration of any one economy with the world economy, so that there can be a balanced growth of development and trade and islands of wealth can be eliminated from the middle of the circular sea of ​​wealth.”

Conclusion – Globalization is the process in which the economy of a country is integrated so that the whole world can function as a single economy and a single market and in which individuals, capital, technology, To facilitate mutual exchange of goods, information and knowledge.

Apart from this, globalization has also given rise to the following problems. Political interference, unbalanced development, no solution to poverty, threat to national sovereignty, etc.

Steps Toward Globalization in India

(2) Opening up to foreign capital: – In order to integrate the Indian economy with the world economy, the Government of India has liberally opened it to foreign investors.

(3) The following changes made in FERA also promote globalization: –

(4) Exchange rate adjustment and rupee convertibility :- This would have been necessary to link the economy of any country with the world economy. that its currency should be made fully convertible. It is necessary for the convertible to reduce the regulation controls from the orderly condition and eventually be completely abolished.

(5) Foreign Cooperation Agreements: – As a result of the liberal foreign policy announced in July, 1991, there has been a rapid increase in the agreement of foreign cooperation. And the process of globalization got a boost.

(9) The ‘GATT Agreement’ and the World Trade Organization have played an important role in the formation of the global economic environment and policy. Its purpose was to reduce trade taxes and barriers for mutual benefit. The GATT ceased to exist on 12 December 1995 and was replaced by the World Trade Organization (WTO) established from 1 January 1995. In the WTO, Intellectual Rights (T.R.I.P.S.), Foreign Capital Investment Measures (T.R.I.M.S.), General Agreement on Trade in Services, Textile Industry and Agriculture and Institutional Affairs have been included.

The GATT agreement had the following effects on the Indian economy in terms of foreign sector:-